Zurich/Vienna 9 October 2020 – Terra Quantum AG, one of the leading Quantum technology pioneers in Europe, today announced its Joint Venture (JV) with Novarion, the Austrian high-performance computing specialist. Markus Pflitsch, founder and CEO of Terra Quantum and Georg Gesek, founder and CEO of Novarion joined forces to develop the first ever ready to use Hybrid Quantum Cloud ‘<Qa|aS>’ by QMware.
The product is a one of a kind ready to use high-performance computing platform, that supports applications starting from machine learning and big data analytics to the underlying in-memory databases. For the first time, QMware’s customers will be able to develop and effectively run completely Hybrid Quantum Applications. QMware is also the first cloud provider to deploy its superior computing technology on the customer’s site.  In doing so customers can build Private Quantum Clouds around the world. Through this globality research partners and governmental organizations can build their own secure and highly available Hybrid Quantum Applications.

Advance made in Europe

Despite, the European’s Union anticipation and belief in the potential around Quantum technology, such as by launching ‘The Quantum Technologies Flagship’ in 2018, Europe has been missing out on the commercial opportunities and large-scale adaption of this new technologies. QMware is solving this deficiency as the European answer to breakthrough and accessible quantum computing technology. While companies like IBM, Microsoft and Google are racing to build reliable quantum computers, the European quantum ecosystem is still in its early stages. Deep tech pioneers Terra Quantum and Novarion are substantially contributing to the European build-out through their world-class expertise and launch of the first ever Hybrid Quantum Cloud. Any Application built on QMware’s Hybrid Quantum Cloud today, will also run on upcoming native Quantum Processors. This positions QMware and its Hybrid Quantum Cloud at the forefront of quantum computing technologies, leading the industry forward.

George Gesek, CEO and founder of Novarion Systems, says: “Europe has watched the US Cloud Hyperscalers to take over the Internet for quite a while. Now, the time has come when a disruptive technology from Europe changes the rule of the game: The Quantum Cloud.”
Markus Pflitsch, CEO and founder of Terra Quantum, adds: “QMware is the unique promise to our customers to offer them easy access to Gaia-X (the foundations for a federated, open data infrastructure based on European values) compatible Hybrid Quantum Cloud services in combination with leading-edge Quantum algorithm design as well as Quantum enabled Artificial Intelligence and Machine Learning techniques”.

QMware’s Technology Alliance Partnership with its customers aims on know-how transfer and IP security. With every project of QMware, industry partners gain worthwhile insight in their current data and compute intensive applications. The intellectual property created during the project with QMware remains with the customer. QMware is also a profound partner for the licensing of newly developed Quantum computing technologies and thus functions as a platform for the technological enablement of the whole industrial verticals. This is an important aspect for the economic space.

About QMware
QMware AG is a joint venture of TERRA QUANTUM AG in Switzerland and NOVARION Systems GmbH in Austria and located in Rorschach, Switzerland. QMware builds and operates Hybrid Quantum Cloud Data Centers and provides exceptional professional services in the field of quantum informatics. QMware also develops and manufactures the underlying Hybrid Quantum high-performance computing systems for its own cloud and equips such private clouds on customers premises. For detailed information view https://qm-ware.com

About TERRA QUANTUM
TERRA QUANTUM is a Swiss based deep tech incubator focused on Quantum technology applications founded in 2019 led by senior finance executive and former CERN Quantum physicist Markus Pflitsch and is backed by Europe’s leading VC firm Lakestar. The team have invested over 2 years and substantial financial funds to originate and develop a leading-edge Quantum venture project portfolio with IP and legal rights within its Swiss legal entity. The company is developing hardware components for Quantum computers and is extremely active in the designing of Quantum algorithms for all types of available Quantum machines applicable in various industries. Visit us on LinkedIn and our website https://terraquantum.ch

About NOVARION SYSTEMS
NOVARION designs, develops and manufactures high-performance computing systems for the use in enterprises, governmental and scientific organizations. NOVARION uniquely bridges the gap between science and technology, resulting in one-of-a-kind powerful and cost- as well as energy-efficient computing and data storage systems up to integrated Quantum informatics. NOVARION is headquartered in Vienna and runs several divisions in Europe and the USA. Visit us on LinkedIn and our website https://novarion.systems 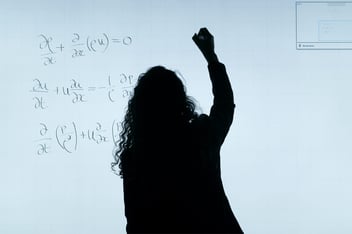 A team of researchers has realized hybrid quantum algorithm for solving a linear system of... 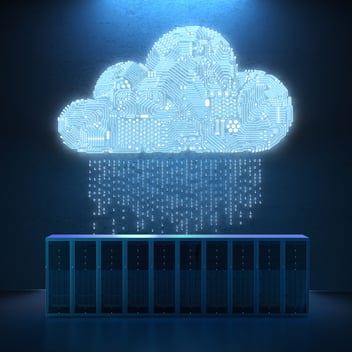 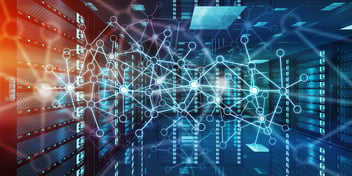 Terra Quantum has raised $60m to accelerate deployment of their Quantum-as-a-Service technology: